My client, a South Shore resident, obtained his first FID as a teenager and was an avid hunter and target shooter all of his life.  Several years ago he went through an acrimonious divorce marked by a restraining order and the revocation of his LTC.  He spent years putting his life back together before he finally attempted to reapply for an LTC at his local police department.  He was surprised when he received a denial letter in the mail from his police chief claiming that he was “unsuitable”.

After working with another attorney and not getting results, he contacted me.  We filed a timely petition for judicial review of the police chief’s denial and soon discovered that the denial rested largely upon false statements made by his ex-wife.  The police chief was unwilling to negotiate a settlement so we went to trial.

At trial, my client’s ex-wife took the stand.  The Court found that his ex-wife “lacked credibility” after she made several contradictory statements during cross-examination.  The police department had no other evidence against my client and they soon folded.  The Court ordered the police chief to issue an LTC to my client.

While every case is different, this successful result shows that your firearms rights can be restored by an experienced firearms attorney. 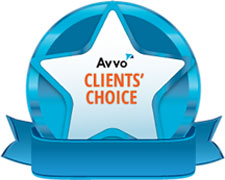